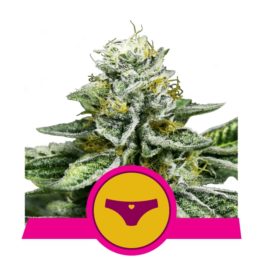 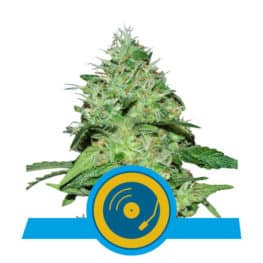 Ever heard of a working love triangle? Well, we have. This beautiful lady, Wedding Gelato, is a product of a love triangle that worked. She packs a heavy punch that balances both Sativa and Indica effects. The results are prolonged, cosy and concentration giving high. She is the epitome of how parent strains can balance out in a cannabis hybrid. Buy Wedding Gelato Feminized Cannabis Seeds from Royal Queen Seeds online at HollandsHigh! Fast & Discrete worldwide shipping!

Wedding gelato comes from an intriguing and mesmerising heritage. She has three parents who harmoniously blend, each bringing a distinct element to the table. What the hybridising achieves is a satisfying flavour profile tied to a balanced high. Breeder started by mixing the genetics of Triangle Kush and Animal Mints. They later introduced the last genetics of Gelato 33 that spiced up the romance. While the former two contribute to her flavour, the latter is responsible for her high THC levels.

The genetics of this lady are almost split equally between Sativa and Indica. Nevertheless, her effects tend to lean more towards the Indica portion of the strain. After you light a bong, vape or joint, you start to experience a cerebral high focused on euphoria. You will experience waves of motivation hitting you abruptly. It is advisable to brace yourself.

After a few moments of a clear-headed high where your thought are influenced to be happy thoughts, the Sativa effects kick in. You start to feel the high move from your mind into your muscles. You feel like your body is under a massage as you fall into a state of comfort and relaxation. Although, the high will not couch-lock you at all. You can move around and will feel great if you took a walk in nature under her influence.

The flowers of this lady grow potents and dense. While she looks all beautiful and cute, her orange hairs show her might. She has dark green nugs that would have growers admiring her for hours on end. When consumed, Wedding gelato will entertain your taste buds with delicious earthy undertones. You will experience a double threat of mint, lemon and vanilla. It will feel like drinking a creamy glass of warm milk.

Growing and managing this diva is relatively easy. While growing, her appearance will alternate between Sativa and Indica or showcase both signs at once. Most growers will be confused, but there is no need for an alarm. While she does well, both indoors and outdoors, she performs much better outdoors under the sun and fresh air.

These feminised seeds when grown indoors will sprout, and grow to around 60 to 100cm. The yield will be around 450 to 500 grams per square metre. Grown outside, they will grow to around 130 to 2000 cm, with a yield of 350 to 400 grams per plant. She has a 10-week flowering period and is ready for harvest in early October.

Be the first to review “Wedding Gelato” Cancel reply 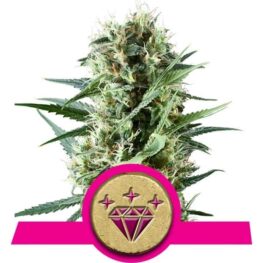 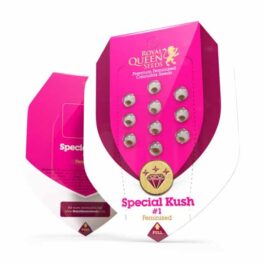 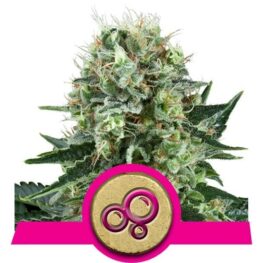 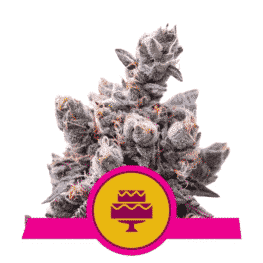