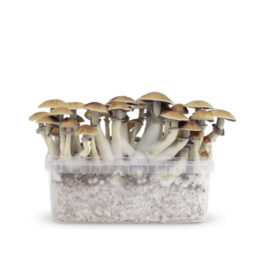 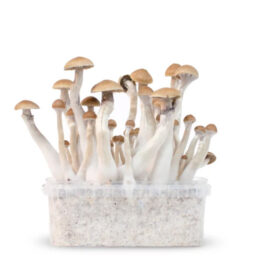 If the original PF magic mushrooms enticed you, Psilocybe Cubensis Red Boy will sweep you off your feet. The strain which grows in distinctive red has grown to be a favourite among magic mushroom experts. The beautiful and exciting mushrooms reward the grower with unique fruits that deliver relatively mild effects. It is ideal for novice growers and users.

In the beginning, it was thought that Psychedelic mushrooms red boy were a new strain. Later on, after more inspection, it was discovered that it is a mutation of the PF mushroom. The parent strain had its share of fame in the 1990s until it suddenly vanished. The distinctive red colour is different from the usual black and purple spores of other strains. It is a result of a genetic deformity. Nevertheless, it is an intriguing sight.

While this strain is aggressively fast in its growth, its effects are much gentler when compared to its peers. It will render similar effects. Expect the usual visual treats of magic shrooms. The usual partner, psychic effects follow suit as you are softly launched into the world of spirits.

The strain is perfect for new users who are still experimenting. It enables them to cultivate a tolerance level at which they are best suited.

The Red Boy strain is pleasing to the eye. They grow into a large, sinewy stem and attractive circular caps. They will have red pores that make them stand out. The situation is brought about by a genetic deformity. The strain is a mutation of another.

Psilocybe Cubensis Red Boy grow kit is shipped straight to your door. You should find the following in it;

Growing this magic mushroom strain is an easy task. The grow kit is prepared for planting. All you have to do is provide the best growth conditions. Remember to be clean when handling the kit to avoid contamination. Also, remember to use a mist bottle to provide the growing shrooms with humidity. The other conditions are;

Be ready for a beautiful red harvest.

Be the first to review “Red Boy” Cancel reply 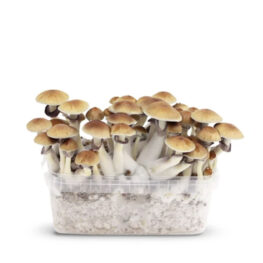 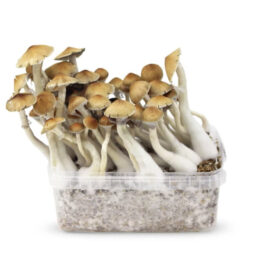 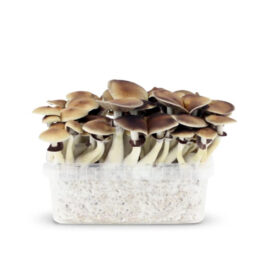 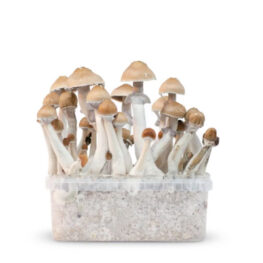